BIOLOGY4ISC
ISC 11>Content>Unit-4>Biomolecules :PROTEINS
CLASS PRESENTATION
Proteins are the most abundant biological macromolecules, occurring in all cells and all parts of cells. Proteins also occur in great variety; thousands of different kinds, ranging in size from relatively small peptides to huge polymers with molecular weights in the millions,may be found in a single cell. Moreover, proteins exhibit enormous diversity of biological function and are the most important final products of the information pathways.
AMINO ACIDS (BUILDING BLOCKS OF PROTEINS )

D and L amino acids
PROPERTIES OF AMINO ACIDS
a)  Physical properties :
Amino acids are coloureless, crystalline, generally soluble in water,in acid and in alkali but sparingly soluble in organic solvents.
b) Chemical properties:  Zwitterion
Due to the presence of an acidic and a basic group in the same molecule, the amino acid exists largely as a dipolar ion or a zwitterion, which can react as an acid as well as a base. In zwitterion, the proton from the carboxylic group is transferred to the amino group. Thus a zwitterion carries both positive and negative charges.

CLASSIFICATION OF AMINO ACIDS
Amino acids can be divided on the basis of:
2. Types of amino acids (Functional group)  :
3.   R group (Polar or non polar)
Structural formula of amino acids (20) 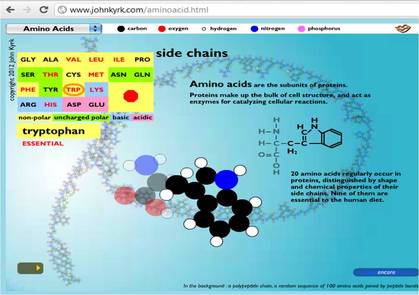 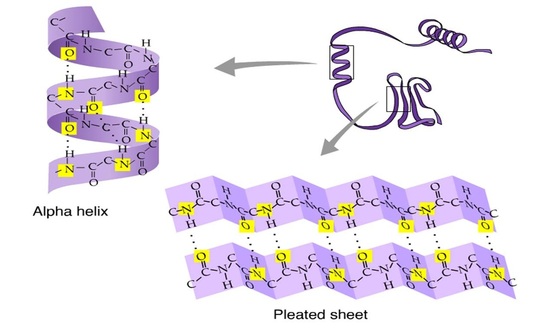 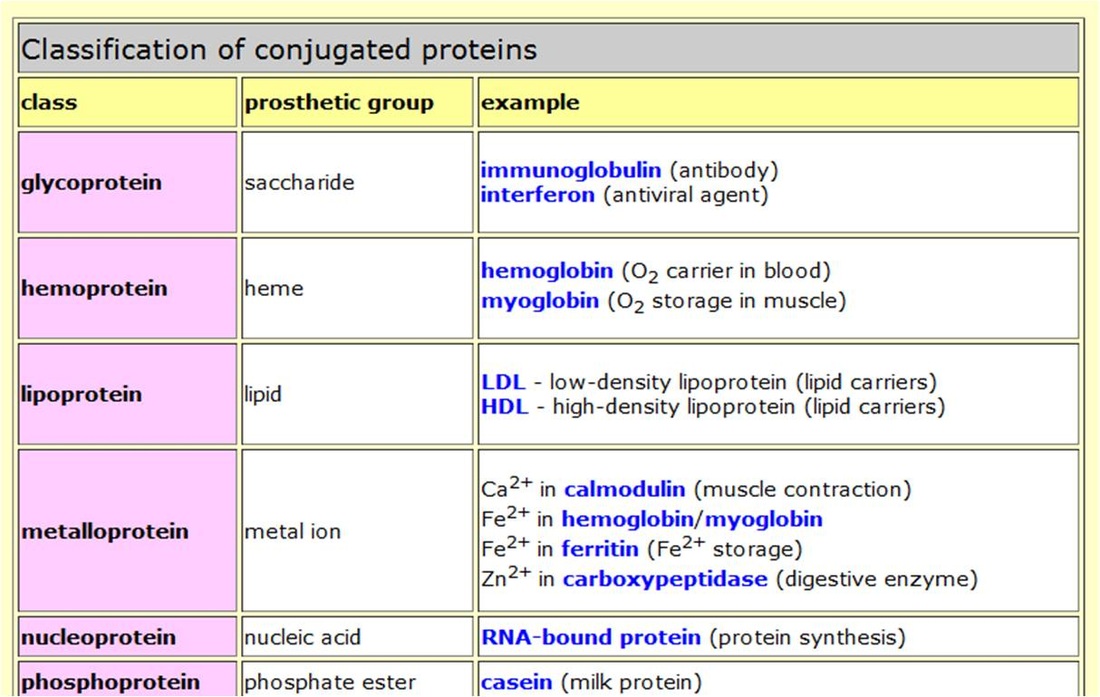 FUNCTIONS OF PROTEINS
Functional diversity of proteins
Proteins are the fundamental constituents of all protoplasm and are involved in the structure and functions of living cells. Proteins have many different biological functions.
9. Toxic proteins: Ricin of caster bean, diphtheria toxin and botulinum toxin represents another group of proteins which cause dysfunctions    and disorders in the body.
10. Visual Pigment: Pigment rhodopsin present in the rod cells and iodopsin of cone cells of retina are proteins. These enable us to see in dark as well as in light and also differentiate colors.
ANIMATION :PROTEIN FUNCTIONS