CELL THEORY
Let us recap something about the basic unit of an organism- CELL
Web.Link 3

Prokaryotic cells have no true nucleus as the DNA is not contained within a membrane or separated from the rest of the cell, but is coiled up in a region of the cytoplasm called the nucleoid. The following structures can be found in prokaryotic cells:

Diagram of a prokaryotic cell

Draw and label the diagram

The cell components can be classified as below- 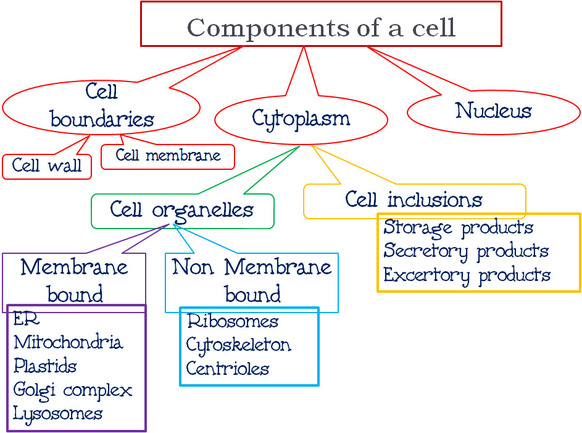