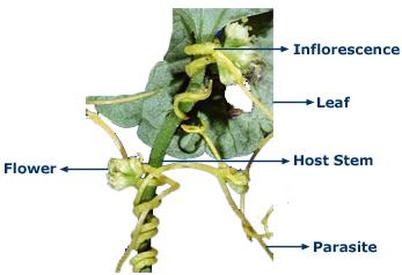 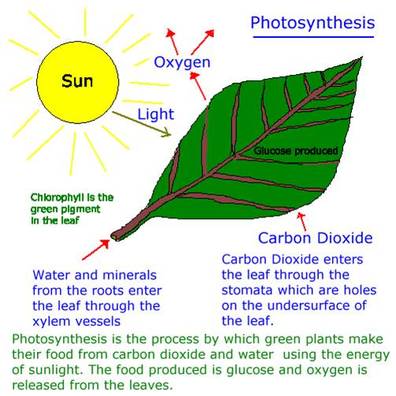 CHEMICAL EQUATION
The overall process of photosynthesis in eukaryotes can be expressed by  the following equation:

The correct equation, that would represent the overall process of photosynthesis is therefore: 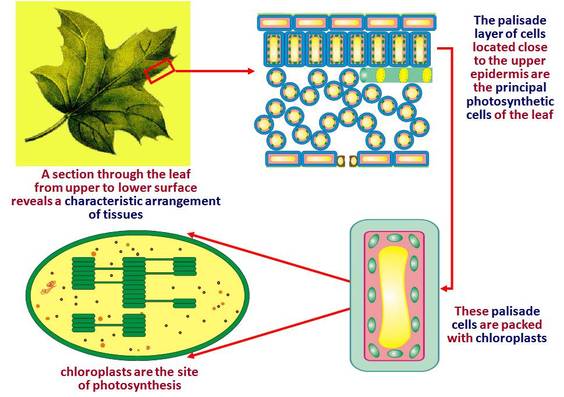 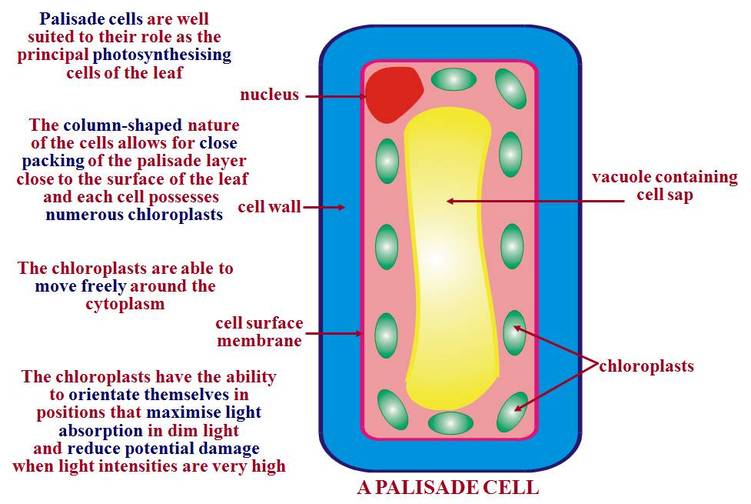 Site of photosynthesis : Chloroplast
How does the structure of chloroplast assist its function..?
PIGMENTS AND PHOTOSYSTEM
PIGMENTS :
SEPARATION OF PIGMENTS BY CHROMATOGRAPHY
TYPES OF PHOTOSYNTHETIC PIGMENTS
Primary and accessory pigments: 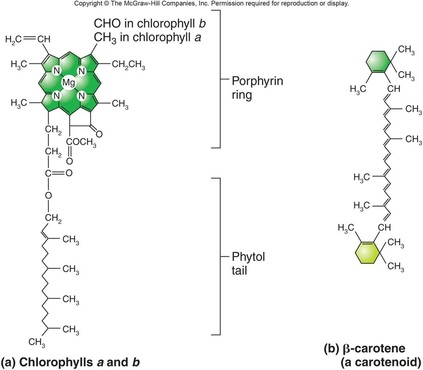 DIFFERENCE BETWEEN PHOTOSYSTEM
NATURE OF LIGHT 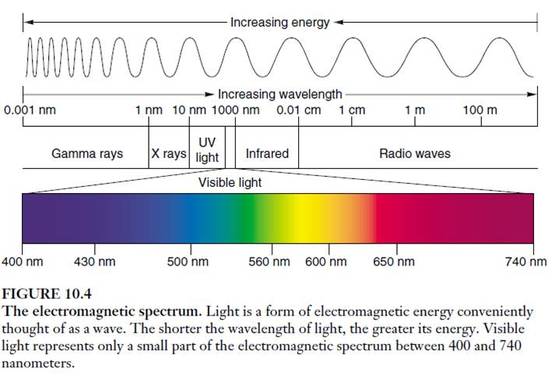 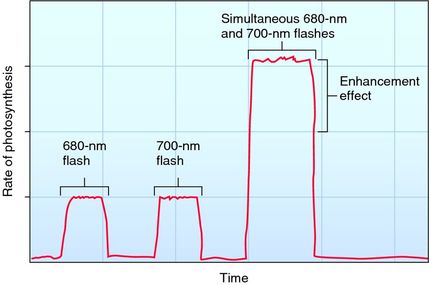 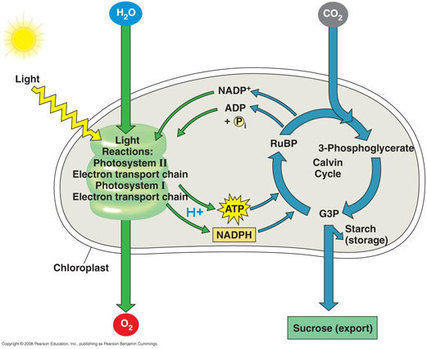 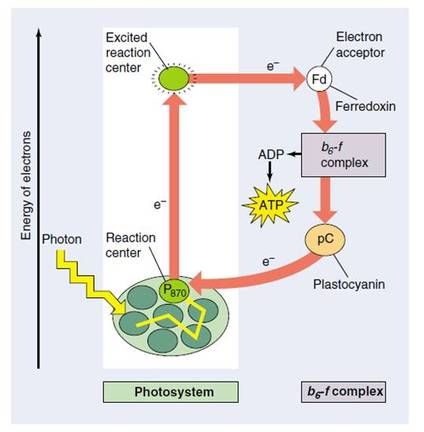 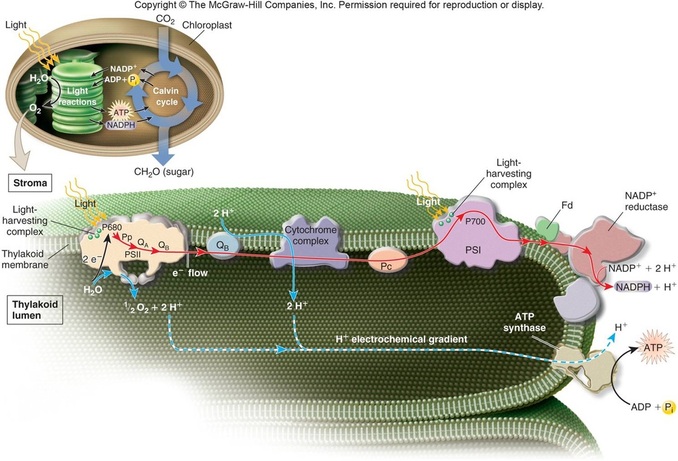 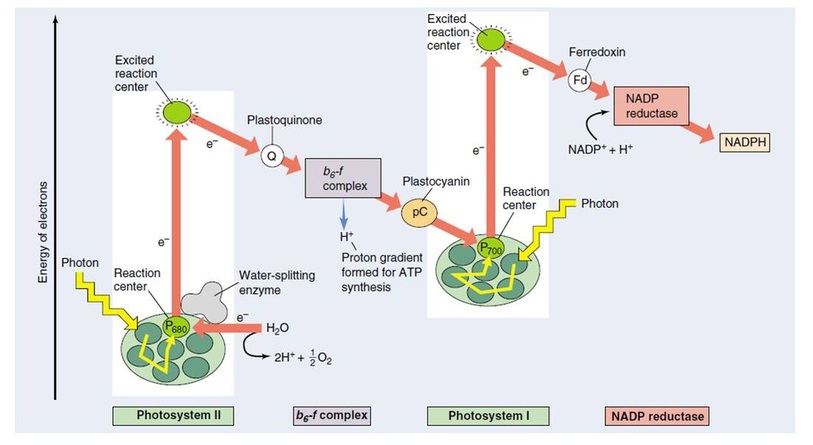 Difference between cyclic and non-cyclic photophosphorylation 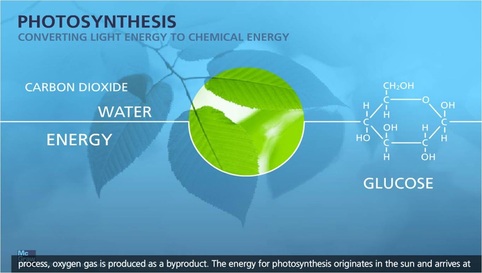 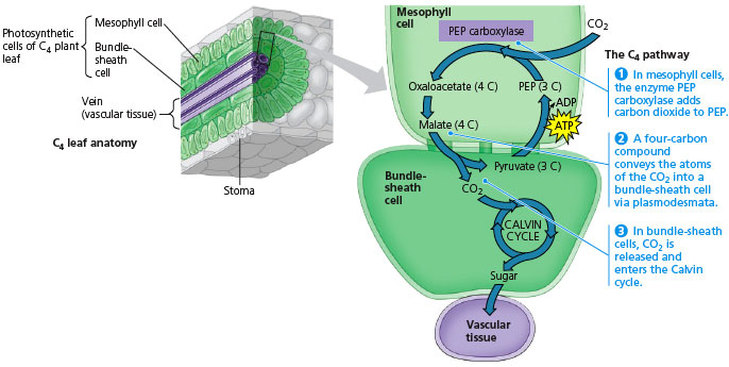 DIFFERENCES BETWEEN C3 AND C4 PLANTS 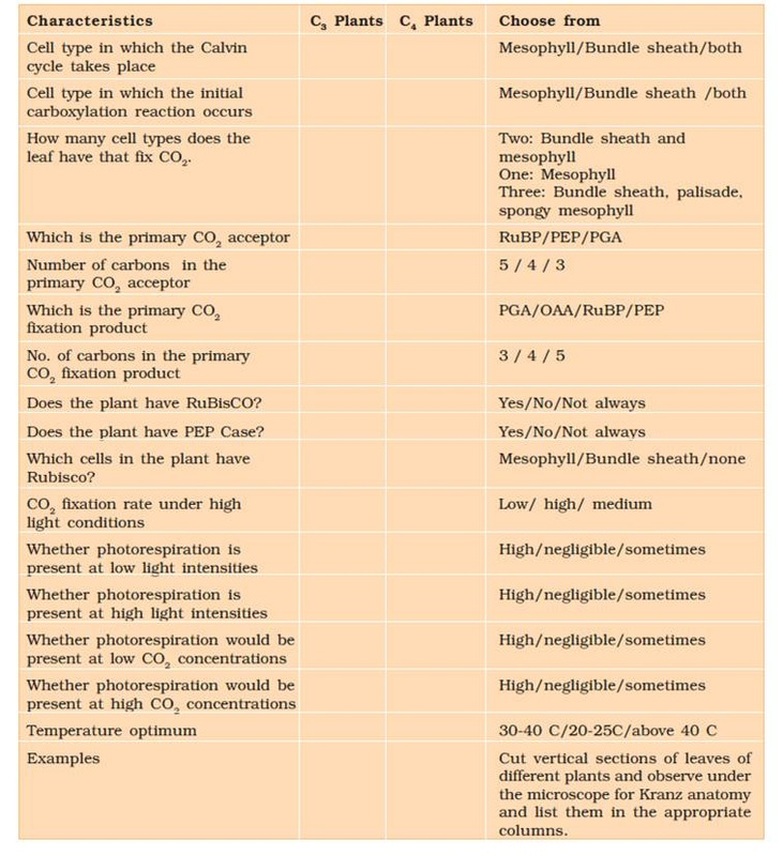 FACTORS AFFECTING PHOTOSYNTHESIS
Like all other physiological processes, photosynthesis is also influenced by a number of factors. Factors influencing the process can be grouped in the following two heads:
A. External or Environment Factors : These include:
B. Internal Factors : These are:
1. Light : The ultimate source of light for photosynthesis is solar radiation. Light varies in intensity, quality and duration. All the three have direct influence on photosynthesis in the following ways:
(i) Other factors required for photosynthesis become limiting, and
(ii) destruction of chlorophyll occurs. The destruction of chlorophyll in the presence of oxygen at very high intensities of light is called photo-     oxidation.
2.CARBON DI OXIDE
The chief source of CO2 in land plants is the atmosphere, which contains only 0.3% of the gas. Under normal conditions of temperature and light, carbon dioxide acts as a limiting factor in photosynthesis. An increase in concentration of C02 increases the photosyrhesis. The increase in C02 to about 1 % is nIIy advantageous to most of the plants. Higher concentration of the gas has an inhibIty dFcct cin photosynthesis.
3. TEMPERATURE
processes, photosynthesis also needs a suitable temperature. In the presence of plenty of light and carbon dioxide, photosynthesis increases with the rise in temperature till it becomes maximum. After that there is a decrease or fall in the rate of the process. The optimum temperature at which the photosynthesis is maximum is 25-30°C, though in certain plants like Opuntia, photosynthesis takes place at as high as 55°C. This is known as the maximum temperature. The temperature at which the process just starts is the minhnum temperature.
For lichens it is as low as —20°C and for certain conifers it is —35°C.
4. Water :
Being one of the raw materials, water is also necessary for the photosynthetic process. An increase in the water content of the leaf results in the corresponding increase in the rate of photosynthesis. Thus, the limiting effect of water is not direct but indirect. It is mainly due to the fact that it helps in maintaining the turgidity of the assimilatory cells and the proper hydration of their protoplasm.
5. Chlorophyll Content of Leaves :
Though the presence of chlorophyll is essential for photosynthesis but the rate of photosynthesis is not proportional to the quantity of chlorophyll present. It is because of the fact that chlorophyll merely acts as a biocatalyst and hence a small quantity is quite enough to maintain the large bulk of the reacting substances
7. Accumulation of Byproducts :
The progress of photosynthesis in the assimilatory cells is maintained as long as the concentration of the proçlucts formed is removed. The final product in the photosynthetic reaction is sugar and its accumulation in the cells slows down the process of photosynthesis.
8. Internal Structure of Leaf:
The thickness of the cuticle and epidermis of the leaf, the size and distribution of intercellular spaces and the distribution of the stomata and the development of chlorenchyma and other tissues also affect the rate of photosynthesis.
BLACKMAN'S LAW OF LIMITING FACTORS 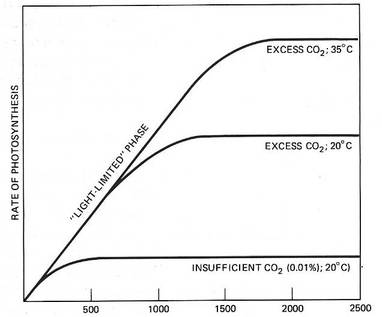 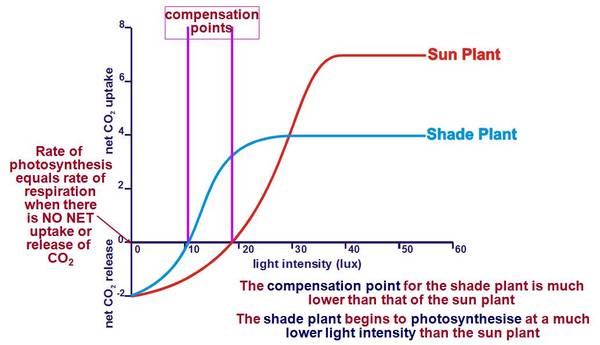 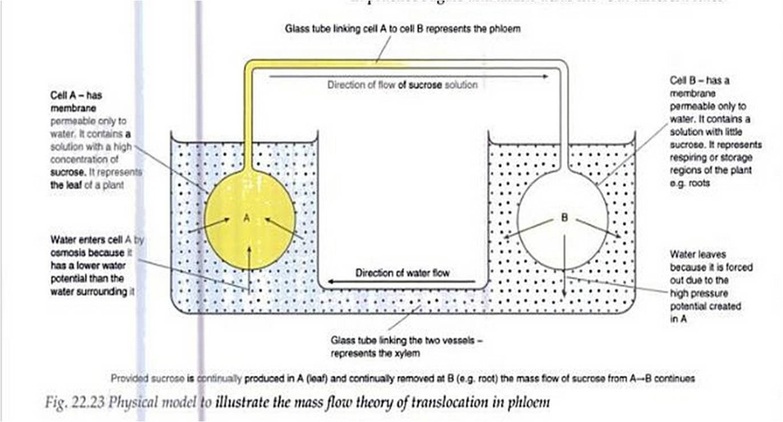