ISC 11>CONTENT>U-2. DIVERSITY OF LIFE> 8.MORPHOLOGY AND ANATOMY OF COCKROACH

SCOPE OF SYLLABUS: Morphology and anatomy of different systems of cockroach.
Elementary knowledge of the digestive, respiratory, circulatory, excretory, nervous and reproductive system.

The compound eyes are situated at the dorsal surface of the head. Each eye consists of about 2000 hexagonal ommatidia (sing.: ommatidium). With the help of several ommatidia, a cockroach can receive several images of an object. This kind of vision is known as mosaic vision with more sensitivity but less resolution, being common during night (hence called nocturnal vision). 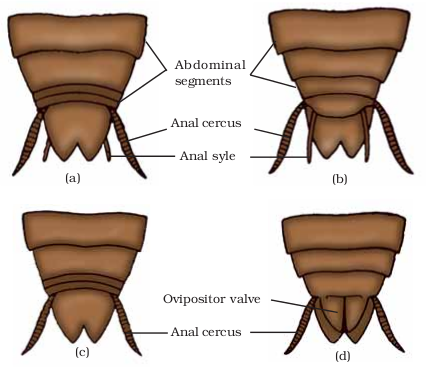 Side view of cockroach showing the location of the systems 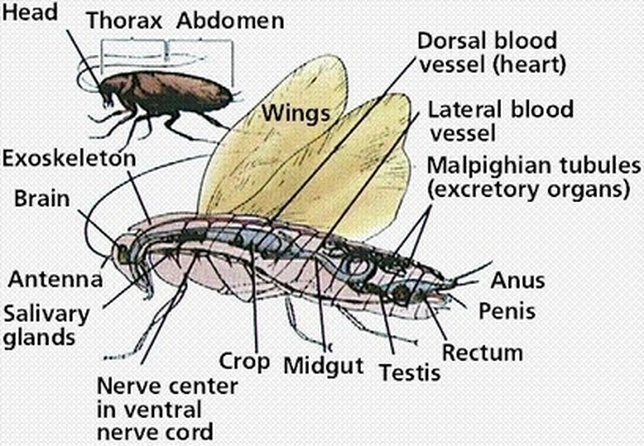 The Blood Sinuses
The large body cavity or haemocoel is divided by two membranous horizontal partitions, into three wide and flattened sinuses-the dorsal pericardial sinus containing the 'heart', the middle perivisceral sinus containing the gut, and the ventral perineural sinus or sternal sinus containing the nerve cord. The partition between pericardial and perivisceral sinuses is called dorsal diaphragm and between perivisceral and perineural sinuses is called ventral diaphragm. The sinuses intercommunicate by pores in the respective diaphrams. A pair of fan like, triangular alary muscles in the floor of the pericardial sinus in each segment reinforce the dorsal diaphrams by their broad bases and also connect it, by their pointed tips with the tergite of the segment.
Circulation of Haemolymph
The pumping force that propels the haemolymph is provided by the pulsations of the 'heart'. The respiratory movements of abdomen and contraction of alary muscles increase this force.