KOLLICKER-observed mitochondria.
Absent in prokaryotes, lost in RBC.
Normally sausage shaped but may vary in shape.
They have diameter of about 1 micron and length of about 2.5 micron.
A cell may have more than 1000 mitochondria.
It is double layered with an outer mitochondrial membrane and inner membrane.
Inner membrane has folds– cristae– studded knob-like particles called elementary particles or oxysomes.

SEMI AUTONOMOUS STRUCTURE
This organelle shows presence of DNA and ribosomes, which makes them capable of producing their own proteins.​FUNCTIONS
1.     Site of cellular respiration.
2.     Helps in yolk formation in ovum
3.     Form the middle piece of the sperm
4.     Helps in elongation of fatty acids.

The term “plastid” was coined by- Shimper
These are organelles found in plant cells and some unicellular organisms. They have two membranes and can be of various types. Based on the type of pigments they are of three types-

1. Presence of double membrane.
2.Semi autonomous
3.Has own DNA and RNA
4.Occur in eukaryotes but absent in prokaryotes 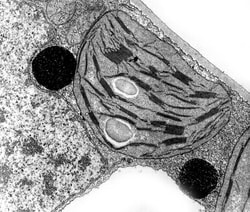 Microbodies are small spherical bodies in the cytoplasm. They are bound by single membrane. They contain densely granular proteinaceous matrix.  They have variety of enzymes that may vary according to the cell type.
Functions:
Play an important role in metabolism of sugars amino acids and fats.

Glyoxysomes
Glyoxysomes are distinct from peroxisomes because of different functions.  They are found in fungi and other higher plants.  Storage organs rich in oil globules contain greater number of glyoxysomes.  Such membranous structures loaded with oil globules are also called spherosomes of 0.5 to 1.5 nm size and they are associated with mitochondria.  When such oil laden seeds germinate, the number of glyoxysomes increases significantly and remains very active.