Layers of the heart and Pericardium

Cardiac muscle cells are uninucleate, somewhat striated cells, that contain lots of mitochondria and are interconnected branching fibers that are connected at specialized cell-to-cell junctions.
These myocardial cells, called cardiomyocytes, have the characteristics of automaticity, conductivity, contractility and excitability.

Working of the conducting system of heart 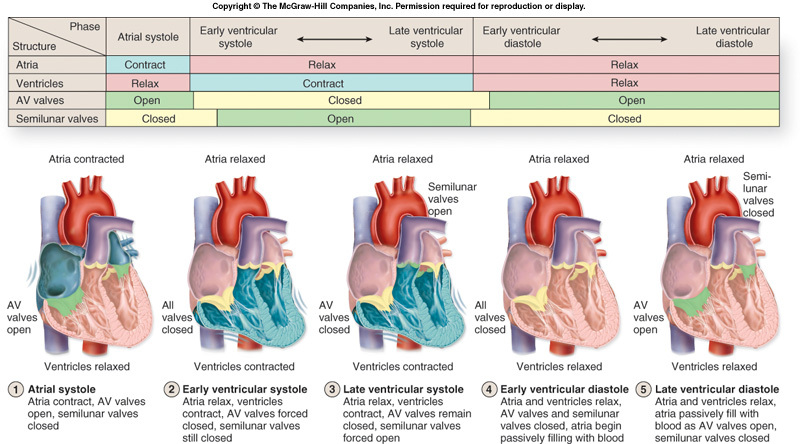 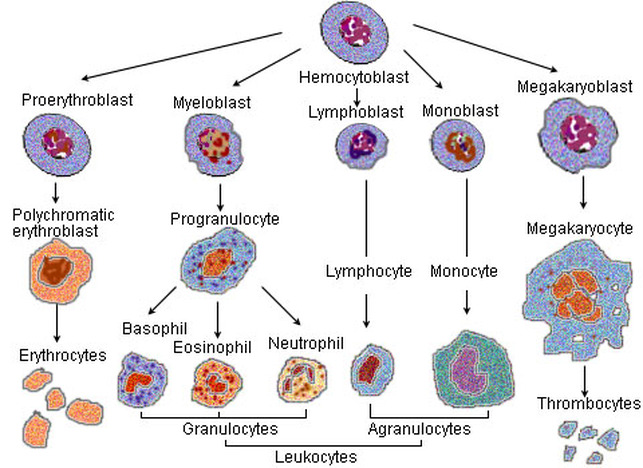 Types of anemia
1. Iron deficiency anaemia-
Cause- insuffiecient dietary intake or absorption of iron.
Due to this hb cannot be formed.
2. Sickle cell anemia-
Genetic disease
Leading to Sickle-shaped RBC
3. Thalassemia-
Genetic disease
Produce abnormal hb molecule
RBC- small and fragile
4.Pernicious anemia
Autoimmune disease
Vit B12 cannot be absorbed due to lack of intrinsic factor.Thus due to less Vit B12, hb cannot be produced.
5. Aplastic anemia
Inability of bone marrow to produce RBC
6. Microcytic, hypochromic anemia
Due to chronic blood loss, iron is not absorbed in sufficient amounts from the intestine to form hb
RBC becomes smaller than the normal and have too little hb.
7. Megaloblastic anemia
Loss of Vit B12, folic acid and intrinsic factor from stomach mucosa, leads to slow production of erythroblasts in the bone marrow.
RBC- grow too large, with odd shapes
These RBC have fragile membranes and rupture easily. 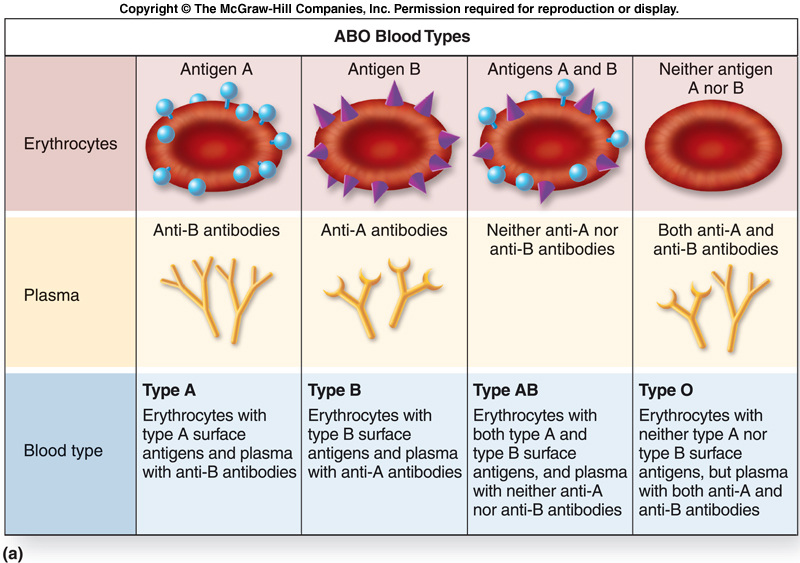 The ABO Blood Group System
Austrian-American immunologist and pathologist Karl Landsteiner discovered human blood groups. Karl Landsteiner's work made it possible to determine blood groups and thus paved the way for blood transfusions to be carried out safely. For this discovery he was awarded the Nobel Prize in Physiology or Medicine in 1930.

At times, it was observed that mixing blood from two individuals lef to blood clumping or agglutination. Later it was understood that the agglutinated red cells can clog blood vessels and stop the circulation of the blood to various parts of the body. The agglutinated red blood cells also crack and their contents leak out in the body. The RBCs contain haemoglobin which becomes toxic when outside the cell. This must have been the phenomena that occurred in the blood transfusion cases that ended up with fatality of the patient at the receiving end. Karl Landsteiner discovered that blood clumping was an immunological reaction which occurs when the receiver of a blood transfusion has antibodies against the donor blood cells! People learned that, compatibility of blood groups needed to be checked before anything else was done. If they are not, the red blood cells from the donated blood will agglutinate. This can have fatal consequences for the patient.
There are four major blood groups determined by the presence or absence of two antigens – A and B – on the surface of red blood cells:

Rh blood types were discovered in 1940 by Karl Landsteiner and Alexander Wiener.

Approximately half of the children born to an Rh-negative mother and Rh-positive father will be Rh positive.

Rh incompatibility usually isn't a problem if it's the mother's first pregnancy because, unless there's some sort of abnormality, the fetus's blood does not normally enter the mother's circulatory system during the course of the pregnancy.

Other ways Rh-negative pregnant women can be exposed to the Rh protein that might cause antibody production include blood transfusions with Rh-positive blood, miscarriage, and ectopic pregnancy.

Rh antibodies are harmless until the mother's second or later pregnancies. If she is ever carrying another Rh-positive child, her Rh antibodies will recognize the Rh proteins on the surface of the baby's blood cells as foreign, and pass into the baby's bloodstream and attack those cells. This can lead to swelling and rupture of the baby's RBCs. A baby's blood count can get dangerously low when this condition, known as hemolytic or Rh disease of the newborn, occurs.


BLOOD TYPING (click on the image to go to the link) 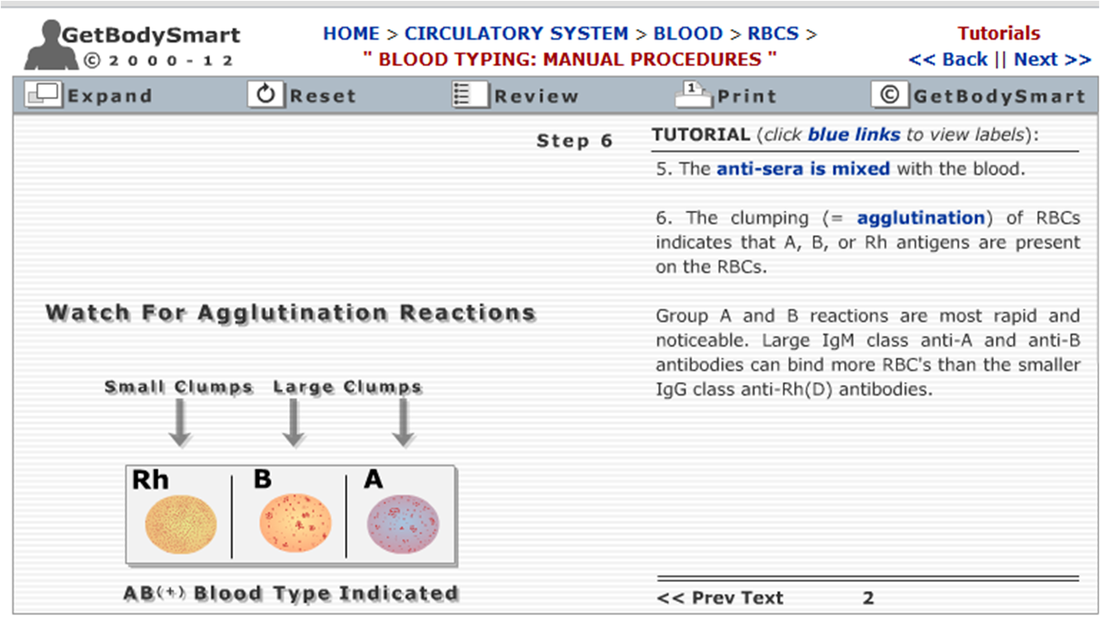