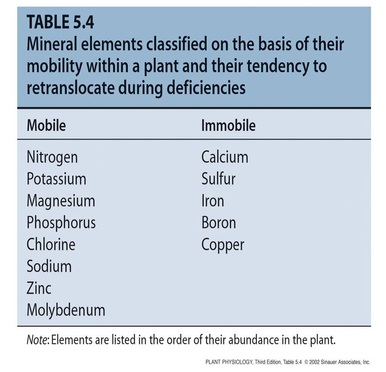 THEORIES
Several theories have been put forth to explain the mechanism of translocation of mineral salts. These theories can be placed under two headings
(i) Passive absorption and
(ii) Active Absorption 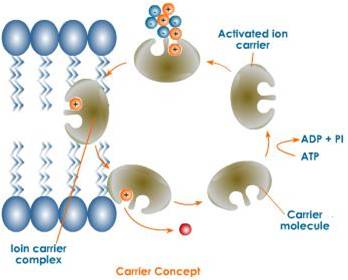 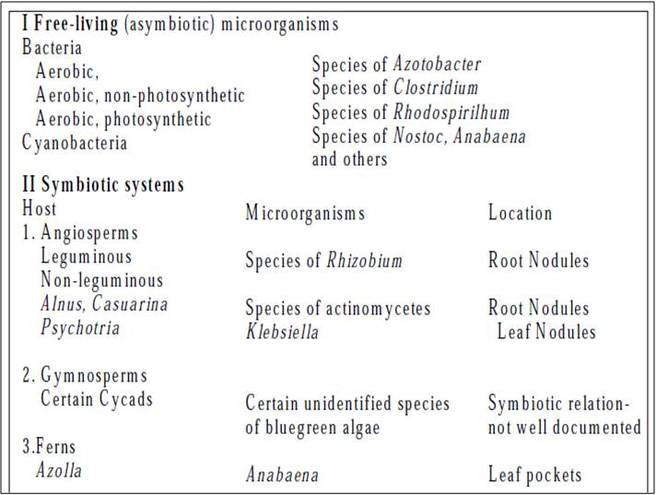 Nitrogen fixation in legumes
This is the commonest type of symbiotic nitrogen fixation which has been elaborately studied. A soil bacterium called Rhizobium infects roots of leguminous plants (belonging to Family Leguminosae) and forms the root nodules. These are involved in nitrogen fixation. The bacteria living in the soil enter the root hair and penetrate the root cortex through an infection thread. When the bacteria enter the cortical cells of roots, the latter get stimulated to divide vigorously and form nodules on the root. The bacteria come to occupy the nodules, and at this stage lack a rigid cell wall being called bacteroids. These make use of the food substances of the root cells and secrete a pinkish pigment called leg-hemoglobinwhich is an oxygen carrier like hemoglobin.
The Rhizobia in the form of bacteroides contain the enzyme nitrogenase which is responsible for fixation of Nitrogen thus benefitting the host plant.Leghemoglobin is supposed to protect the nitrogenase enzyme as it can functiononly under anaerobic conditions.
The process can be summarize in following points.