GENE POOL
GENETIC CONSERVATION
Conservation of genetic resources or all the varieties of genes present in different varieties of a species, that are likely to be employed for the improvement of domesticated plants.
The genetic material that is contained within the reproductive cells is called germplasm.
Importance of preserving the wild germplasm-
These defensive traits are useful for crop improvement.
GENETIC EROSION
The loss of genes from gene pool of some genetically uniform crop pplants is genetic erosion.
Causes of genetic erosion

An institution where valuable plant materials likely to become irrevertrivably lost in the wild or cultivation is preserved in viable condition.

Preservation of organs, tissues and cells at very low temperature. (-196 degree celcius). At low temperatures the biological activity ceases, mitosis stops and no genetic change takes place.
Thus cryopreservation can increase the storage life of an organ or tissue. These organs can be transplanted whenever needed.
BIODIVERSITY 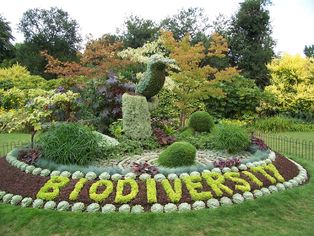 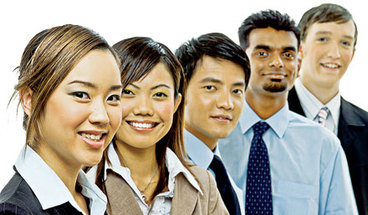 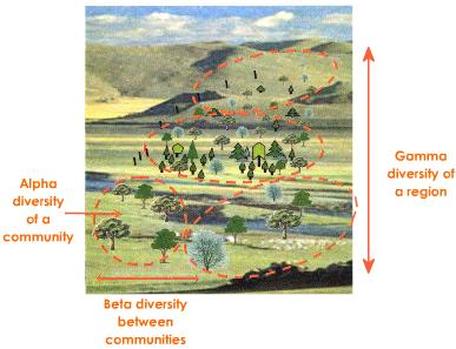 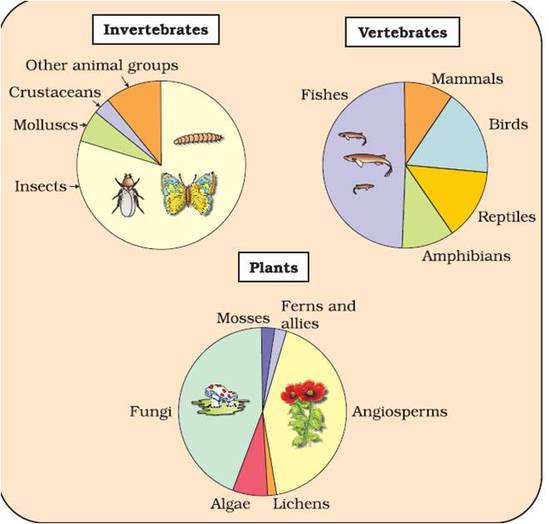 In situ conservation (on site)

1. National Park
A national park is a tract of land reserved and maintained by a national government solely for the welfare of the entire wild life in it.
Cultivation and grazing are not allowed in national parks.
Private ownership is not allowed.
There are at present 85 national parks in India.
2. Wild life sanctuary
A sanctuary is an area reserved for the conservation of animals only.
Operations such as procuring timber, forest products and private ownership is allowed provided they do not affect the animals.
There are at present 448 sanctuaries in India.
3. Biosphere reserves
A biosphere reserve is a specified area in which multiple use of the land is permitted by dividing it into zones, each for a particular activity.
The concept of biosphere reserves has been evolved by UNESCO's Man and Biosphere Programme (MABP).
Role of Biosphere reserve-
A biosphere reserve preserves
a)wild population
b)life style of tribals
c) genetic resources of domesticated plants and animals.

It helps in
1)Conservation
2)Promotes economic development
3)Scientific research, monitoring and education.
4. Sacred forest and sacred lakes
A traditional strategy for the protection of biodiversity has been in practice in India and some other Asian countries in the form of sacred forests.
These are forest patches of varying dimensions protected by tribal communities due to religious sanctity accorded to them.
Karnataka, Maharashtra, Kerala, Meghalaya etc. and are serving as refugee (an area in which a population of organisms can survive through a period of unfavourable conditions) for a number of rare, endangered and endemic taxa.
Similarly several water bodies (e.g., Khecheoprai lake in Sikkim) are declared sacred by people.
This indirectly leads to protection of aquatic flora and fauna.